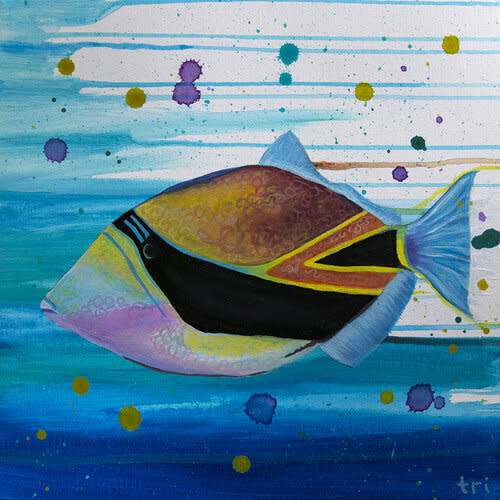 Honolulu based photographer and artist Trevor Robert Isabel has been creating art since he was a child. He captures people and vibrant colors in nature through the lens and paintbrush.

Originally from Florida, Trevor received his AA in Graphic Design at Collins College in Arizona, after which he began working as a visual display artist at Nordstrom, eventually moving to Hawaii to manage a team of his own visual artists. In recent years, he has been focused on building his career as a full time photographer and artist, with the natural elements of Hawaii being a central theme throughout much of his work. He has an incredible eye for detail and is deeply passionate about being creative.

Trevor has been a part of local pop up shows for retailers like Nordstrom and Ten Tomorrow. He has also been showcasing his work at Aloha Home Market and other local Oahu markets. Trevor has been a featured artist at several prominent Oahu galleries, and Magnolia is proud to be among such galleries.