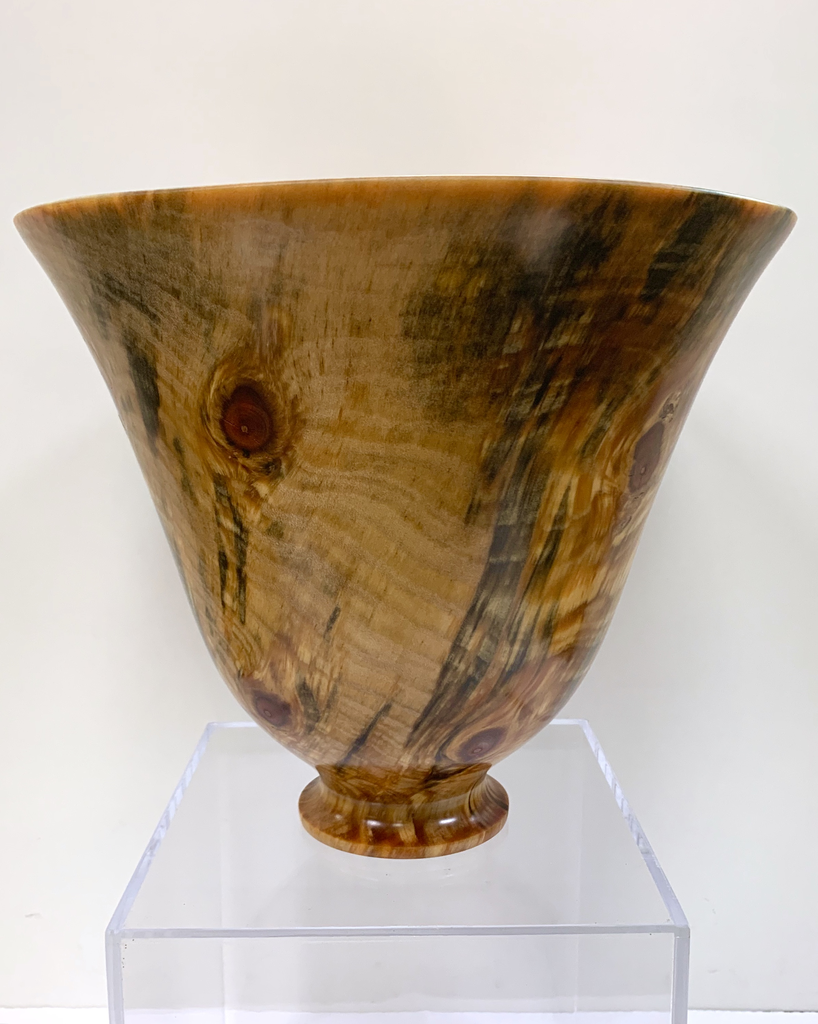 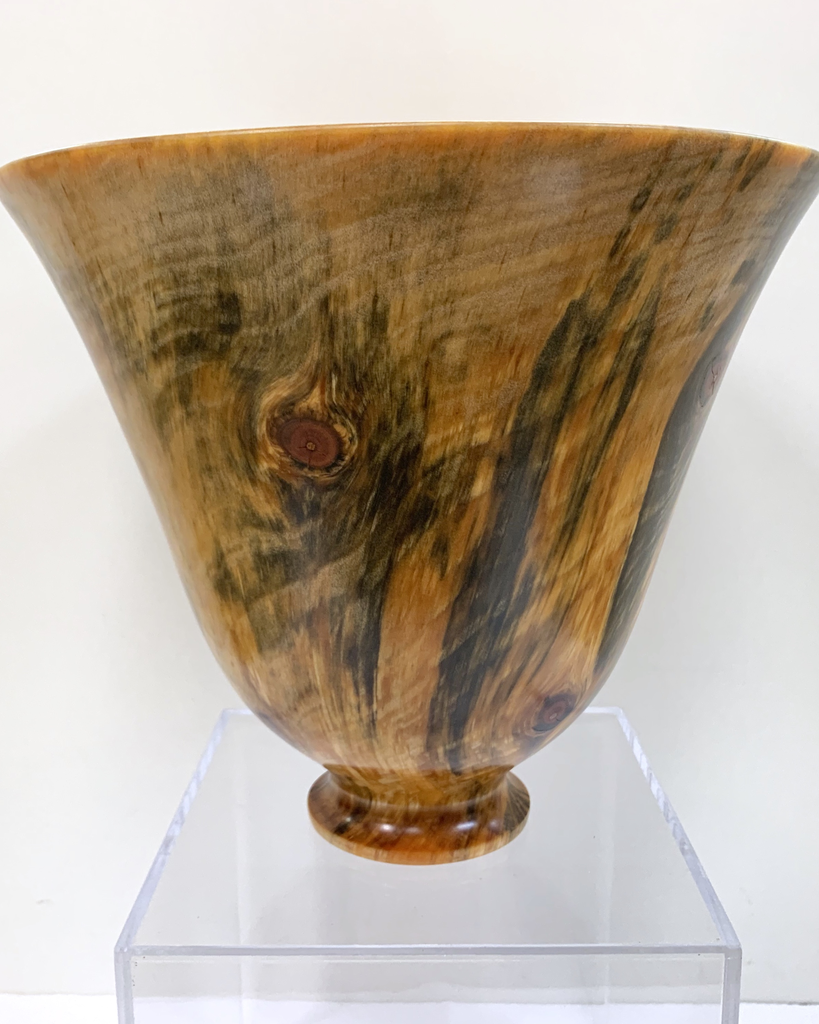 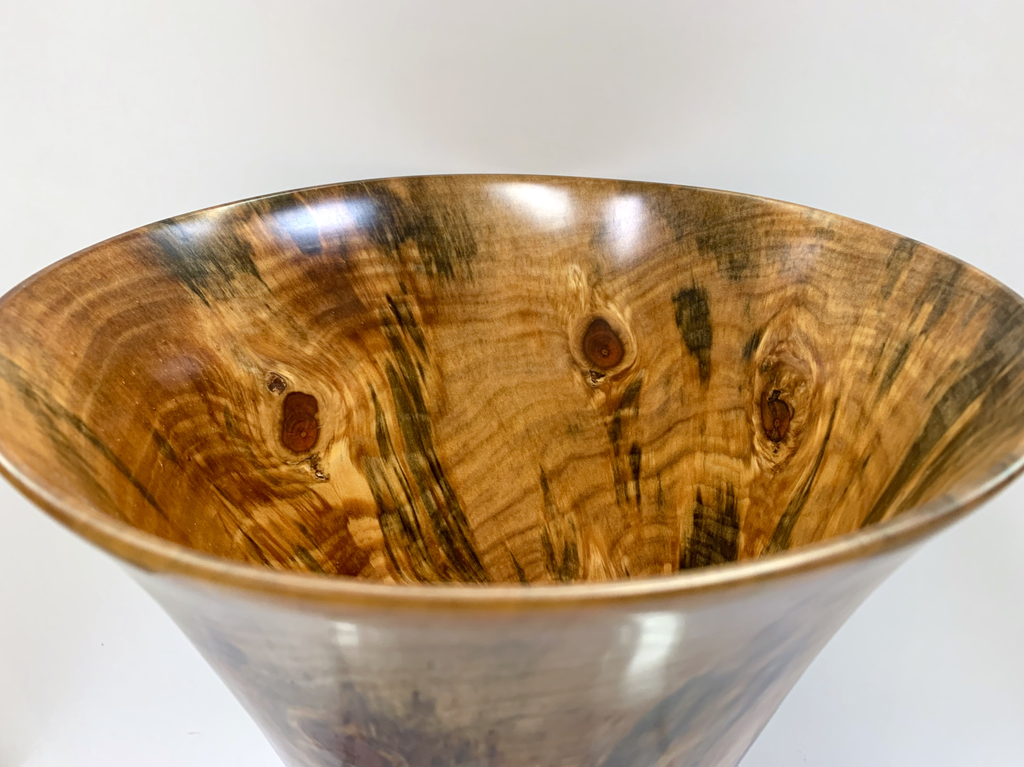 Syd Vierra is a self taught artist who lives on the island of Hawaii. He began his journey as a woodturner nearly twenty years ago. He has developed a personal style and flair for classical Greek/Roman forms as well as the Hawaiian form known as the “umeke” which mimics the rounded bottom of a gourd. Syd experiments with many different types of wood, including Norfolk Island pine, which he values for its trasparency when turned to extreme thinness. Working with Norfolk Island pine is time intensive, requiring many months from start to finish to produce and enhance character of the wood. For Syd, the long process is well worth it, as the end result is always a beautiful, one of a kind piece of art than can be enjoyed for generations. Syd’s artistry has garnered widespread praise throughout Hawaii, and he has been appointed as the Official Bowl Maker of the Royal Order of Kamehameha I Mamala Hoa.